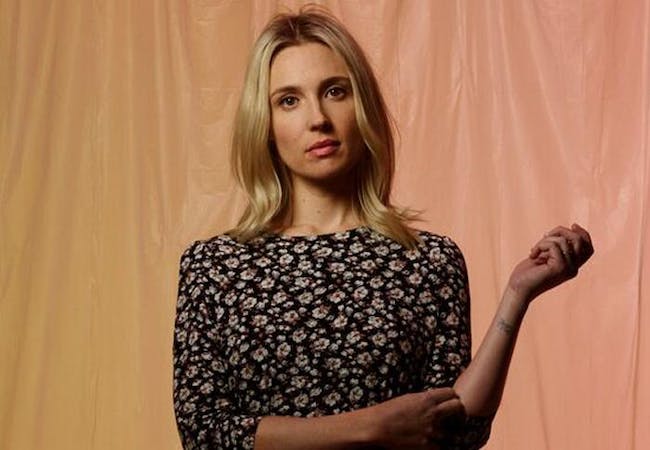 Two years on from her blistering debut A Suitable Girl, Ali Barter has announced her triumphant return with Hello, I’m Doing My Best - a revealing collection of songs that track her most formative relationships: to her body, her instincts, sobriety and the old vices it counteracts, and the people she loves most.

Hello, I’m Doing My Best is set for release on October 18, via [PIAS]. Today Ali also revealed her first ever love song with, ‘Backseat’ which Australia’s Triple J premiered and her first ever global tour. You can pre-order the album and lock in your tickets via alibartermusic.com.

Hello, I’m Doing My Best follows Barter’s 2017 debut LP A Suitable Girl. A record that, by all accounts was critically and popularly acclaimed. Tone Deaf touted it as “an album that struck a nerve with Australia”, while Sydney Morning Herald backed her as a "star on the rise". Ali Barter, however, wasn't so sure. “The first record came out and for some reason I rejected it,” she says, listing the complaints she found with her own work: “it’s too polished and my voice is too high” being at the top of the list. Overcome with self-doubt, Barter pushed herself away from music, determined to never write another song.

But in the winter, a few months after the record's release, she went out of town to clear her head, with her guitar for company. "Stuff started coming up and I couldn't push it down," she says, and despite feeling like she "wasn't ready" for what these songs were saying, her and Dawson went about recording and testing the limits of her surprising new songs. She heard something in them she'd realised she didn't need to fight anymore. "When we demoed them up, I was like, Oh, there I am. The thing I was pushing against was me"

Hello I’m Doing My Best is a sentiment most can relate to, and therein lies the undeniable pull of Ali Barter’s output. From her breakout single ‘Girlie Bits’ to recent cut ‘Ur A Piece Of Shit’ Barter spins sobering honesty through sugary pop songs, like a one-two punch of staunch self assurance and touching vulnerability, in a way that is so uniquely her own. On her method, Barter explains “I really connect to the idea that you can say something really controversial, but if you say it in a nice way people are more likely to listen to it.”

Since winning the triple j Unearthed competition and releasing her debut album A Suitable Girl in 2017, the former choir girl has enjoyed support at home from triple j, FBi Radio, The Australian, Rolling Stone and Tone Deaf, while further afield, Beats 1, Clash and The 405 have all thrown support behind the unconventional pop star.

Hello, I'm Doing My Best is out October 18 on Inertia Music / [PIAS] . Pre order it at alibartermusic.com.