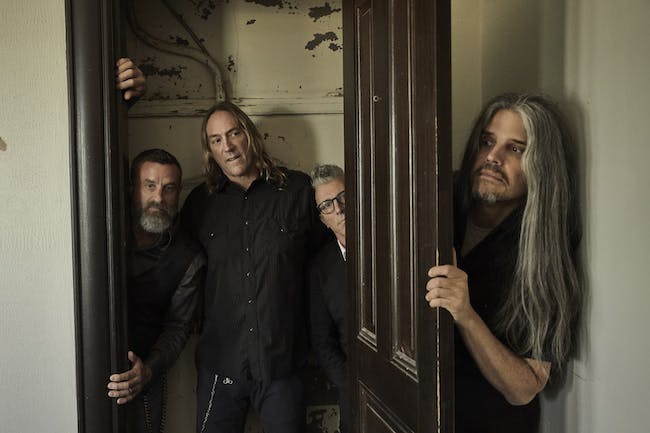 THIS EVENT IS CANCELED. All tickets will be automatically refunded.

A message from Tool:

"As so many music lovers have come to realize over the last several weeks, there is no playbook that artists, promoters and venues can pull from in these unprecedented times.

When we played what would be our final show of 2020, March 11 at Portland’s Moda Center, we believed we would be back on the road sometime this Fall. As we worked towards that goal we’ve come to realize that there is absolutely no certainty in re-scheduling dates for this Fall or 2021. State and local ordinances vary widely and no one can predict when high capacity events will safely return.

At the same time that we were working to reschedule this tour, we read your messages. Messages of job losses, illness, emotional and financial pain. We could continue to postpone or reschedule dates for some time into 2021 but ethically, we do not think this is the right course of action. In our opinion, tying up our fans’ money for months, if not a full year, is unfair. With that in mind, we have made the very difficult decision to cancel the tour so we can help support the people who have supported us for years.

Please know, we want nothing more than to return to the road, to play these songs for you and to celebrate our shared recovery. When the time is right, we will do just that."

TOOL, who recently took home the GRAMMY Award® for Best Metal Performance for the song “7empest,” has added an extensive Spring tour for North America.

The tour news arrives as the Los Angeles-based band wraps up a sold-out Australasian tour, with the final two shows of the trek, back-to-back sold out performances at Auckland’s Spark Arena, happening later this week. The Sydney Morning Herald described the live offering as “an immersive art-rock experience that forced you to feel a little of everything. It was an intricate collage of light, sound and imagery.” The Fear Inoculum tour, which has seen the band performing in some cities for the first time in over a decade, has received widespread accolades with the Los Angeles Times calling it “impeccable,” the Chicago Tribune describing the performances as a “twisting multimedia rollercoaster of a concert” and The Arizona Republic describing the shows as “a visually breathtaking night of dystopian art-rock spectacle.”

Fear Inoculum (http://smarturl.it/TOOLFIa) arrived on Aug. 30 following years of anticipation. The album debuted at #1 on Billboard’s Top 200, shattering sales and radio records while also earning widespread critical praise. NPR said, “Fear Inoculum was worth the 13-year wait,” The Atlantic declared the release “precise and devastating,” Revolver dubbed the 10-track album “a masterpiece that will be dissected for years to come” and Consequence of Sound said Fear Inoculum finds “TOOL in peak performance.”