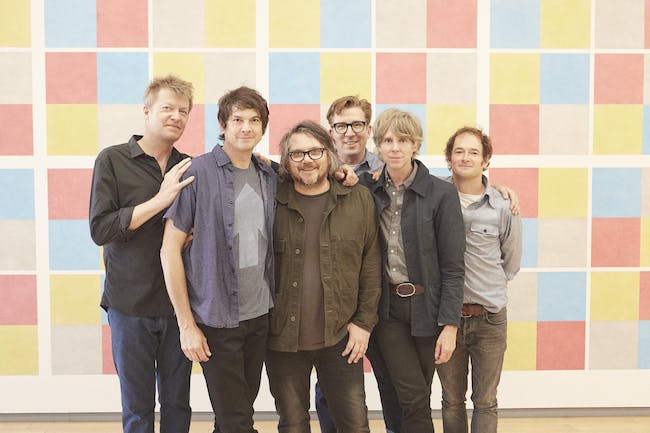 Wilco present a new video/single, “Everyone Hides,” from their forthcoming album, Ode to Joy, due October 4th via dBpm Records. Capping off two months of forthcoming touring through the east and midwest United States, Wilco announce three shows this year at the Palace Theatre in St. Paul, Minnesota on Friday, Saturday and Sunday, November 22, 23 & 24.

“Everyone Hides” follows the extrospective lead single, “Love Is Everywhere (Beware),” and acknowledges that people don’t reveal all parts of their true selves. The accompanying video, created by Picture Show Films, reflects the track’s warm, spirited sound, showing Wilco playing hide and seek around Chicago, including at some locations fans will surely recognize. See below for the link to the “Everyone Hides” video.

“‘Everyone Hides’ is the first promotional video to feature Wilco as a living breathing band of humans in close to 20 years,” says Jeff Tweedy. “Maybe for obvious reasons we’ve avoided putting ourselves forward in this way and have tried to play to our strengths musically or, I don’t know, maybe we’ve just been lazy... Or suspicious of expenditures outside of our focus on album making. For whatever reason this time around we just said f**k it and had a blast.”

Ode to Joy was written and recorded at The Loft, and is comprised of “really big, big folk songs, these monolithic, brutal structures that these delicate feelings are hung on,” as described by Tweedy. While all six members of the band can be heard on every song, Tweedy and Glenn Kotche were the launching pad from which most of the songs on Ode to Joy materialized - Kotche’s percussion propels the music forward while Tweedy’s measured words flesh out the cleared paths. Across the entire album, drums pound and plod with a steady one–two pulse, meant to mimic the movement of marching—a powerful act utilized on both sides of the authoritarian wall. There’s also a sense of comfort that comes with the rhythmic marching sound.