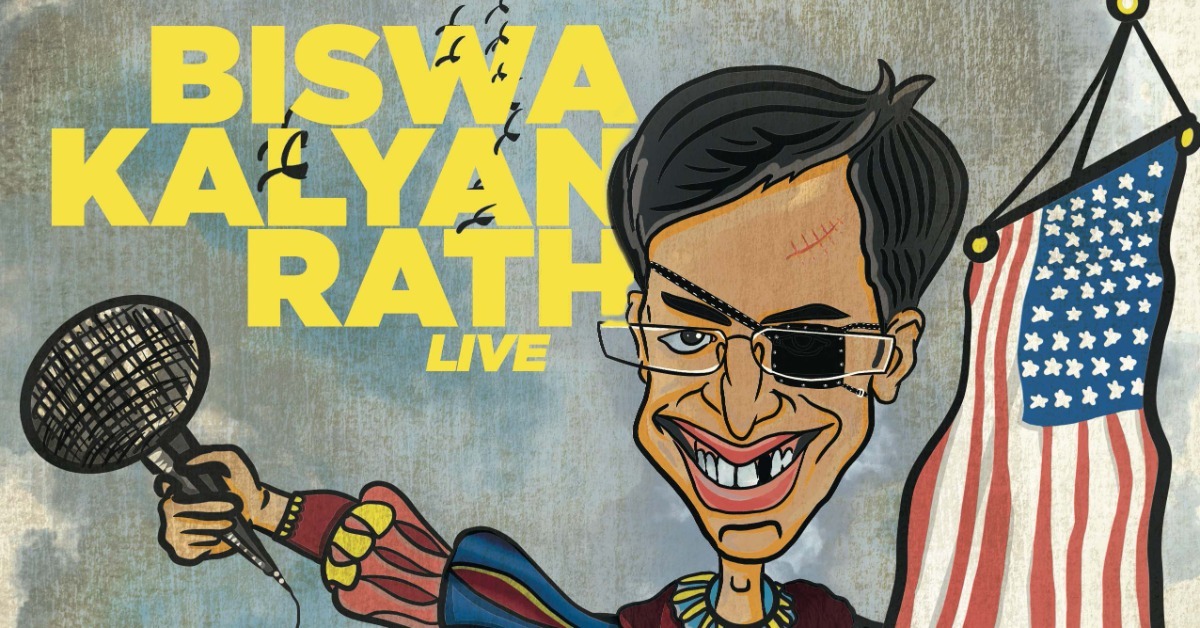 Doors: 6:00 PM / Show: 7:00 PM
16 & Over
The VIC Theatre
Canceled
16 & Over
Dec 4, 2022
Canceled
Pretentious Movie Reviews was just a warm-up for Biswa’s full comedy prowess. Since then, he has scaled the ladder, using his IIT-Kharagpur education alongside his knowledge of mathematics, language and life to make jokes that have never been cracked before.

After the smashing success of his stand up special, Biswa Mast Aadmi - followed by a fresh hour of jokes in his second special, Sushi - he released Laakhon Mein Ek, a surprisingly dark web-series on the IIT coaching industry. Imparting his expertise in observational comedy, Biswa mentored budding comics on Amazon Prime Video's Comicstaan, where he returned to coach yet another batch of comedy talent in the show’s second season.

One of the most followed comedians in India, Biswa Kalyan Rath’s unique perspective and angry rant-style delivery turns every topic he touches into comedic gold, making audiences crack up instantly.