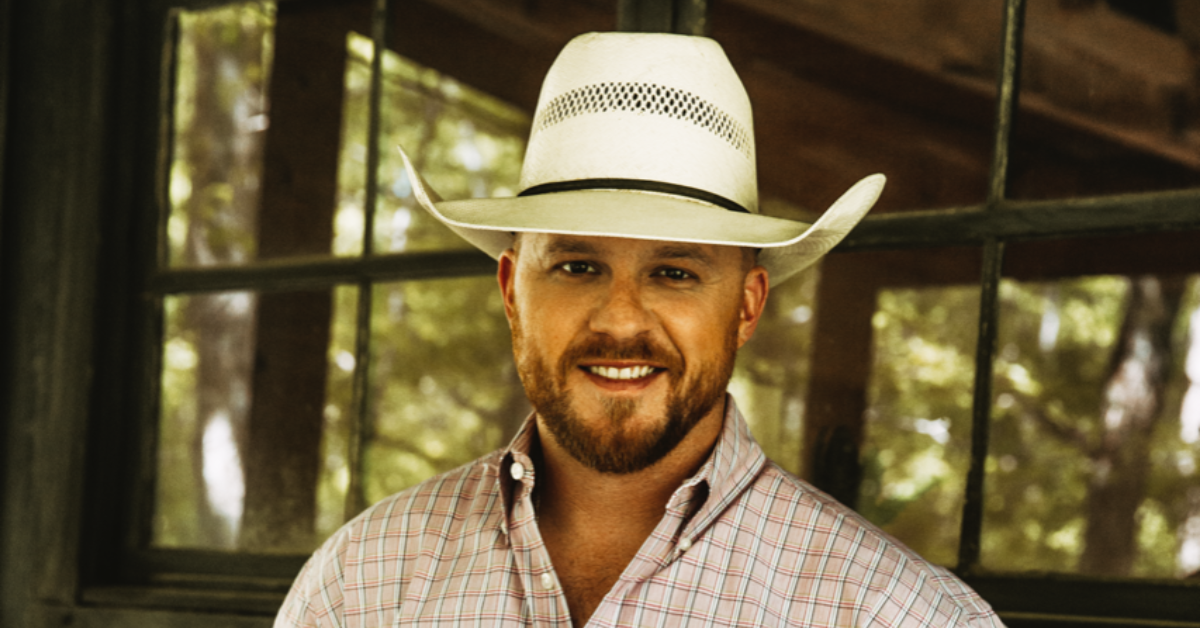 Cody Johnson
Doors: 8:30 PM / Show: 9:30 PM
18 & Over
Riviera Theatre
Canceled
18 & Over
Feb 3, 2022
Canceled
It might be daunting to launch a massive endeavor like a double album, but not for country superstar Cody Johnson, an artist MusicRow predicts “just might be the future of real country music.” For him, it was quite the opposite. “I literally felt like I was just window shopping. Like I was a millionaire in a diamond shop. I was like, ‘I want that one. I want that one, I want that one,’” he says. “And then when we added all those songs up, we had 18 that we knew we had to record.”

The brand new 18-track double album Human is stacked top to bottom with songs that Johnson considers ones that were originally dubbed too country for country. When the songwriters told Johnson and his team that the tunes they’d penned were being rejected by other Nashville artists, he said, “Bring those to me.”

“It’s so hard to watch the fight to get the cowboy back on the radio. Because that’s who I am and the lifestyle I live. And I can't sacrifice my integrity for who I am. I'm just kind of just being myself,” Johnson says, having established a following of loyal fans by doing just that. Known as CoJo Nation, they regularly sell out shows across the country and have helped him earn multiple ACM and CMA Awards nominations, a Platinum-selling, Top 10 single (“On My Way To You”), two RIAA Gold-certified tracks (“Nothin’ On You” and “With You I Am”) and more than two billion streams worldwide.

Human follows his first major-label release, Ain’t Nothin’ to It, which skyrocketed to No. 1 on both the Billboard Top Country Albums and All-Genre Digital Sales charts, also reaching Top 10 on the all-genre Billboard 200 chart. It also made history as the third-highest pre-added album of all time in the country music genre on Apple Music at the time of release. Johnson re-recorded one of the project’s standout tracks, “Dear Rodeo,” as a powerful and emotional duet alongside country music icon, Reba McEntire. Described as “a beautiful piece of work” by MusicRow, the song inspired his autobiographical documentary Dear Rodeo: The Cody Johnson Story, which was recently shared in select theaters nationwide. With guest appearances by McEntire, Navy Seal Chris Kyle’s widow Taya (Kyle) and more, the film showcases Johnson’s real-life journey from the dusty rodeo arenas of rural Texas to some of the biggest musical stages in America, explaining how his years on the rodeo circuit fortuitously prepared him for his life as a country star.

When he began working on his second CoJo Music/Warner Music Nashville project, Johnson had enough undeniably country songs in his arsenal to make not one but two albums. Instead of trying to pare down the selection, he decided to record all of them and go old-school with a double album. The concept of two albums -- each with a side A and a side B – added up to Human. And what that meant for Johnson is a listening experience that should feel like you’re at one of his unprecedented live shows. “What I did was put the songs together in sequential order as if it was a set list, and I was going to play you this album live. If there’s a theme to this project, it’s that the album is a set list.”

Johnson adds that he created this constellation of songs by choosing each one for its own reasons. “There are ones I wrote on, there are ones I didn't write on, and there are ones that I wish I’d written. There was too much good out there to let go of, so I just said, ‘We're going to cut all of them.’”

Then when it came time to choose a name for the double album, produced with longtime collaborator Trent Willmon, Johnson landed on the title track “Human.” He did so, he says, because he spent more time at home in 2020 than he has since he started riding bulls as a teenager.

“I addressed things personally with this music. I addressed things in my marriage, and I said a lot of things that I had never said to my wife, we started over, and I made a vow to be a better husband, a better father, and a better leader. There were a lot of things that I was going through when I heard ‘Human.’ I was just like, ‘Man, that's exactly what I'm doing. We ride into town, strike a match, and ride out. I show up for a show and act like I’ve got all this stuff figured out for 90 minutes,” he explains, “and then I get back to myself and I have just as many things to worry about as everybody else. So, we’re all human. We're all going to be learning to be human until the day that we're not human. I don't think anybody figures it out, and when we do figure it out, maybe that's when we go.”

The title also reflects how Johnson feels about releasing an album that he calls the most vulnerable one he’s ever recorded. One of the songs he wrote on his own – “By Your Grace” – is the best example of just how vulnerable he was feeling throughout the pandemic. “I was having a really rough time with a lot of things I was dealing with. And my bus was parked at my house, so I went out there, got my guitar out, and I started playing. What came to me was, ‘I'm aware of everything that's wrong with me but still you accept me either way. And I'll live with the past I can't get past and it still haunts me, so I'm asking for the courage to make a change.’ Now, I could have written that down in my journal or said that to a therapist. But as a song, it’s a reminder that God gives us grace, and how you repay the gift of grace is faith. It’s reminder that by His grace, I have been set free.”

Johnson hopes to see that song change people’s lives, even his own. “I need to remember that God gave me this talent. This ain’t Cody,” he says. “And I have an opportunity with my microphone to touch people.”

Another stand-out track off the ambitious album is the lead single, “‘Til You Can’t.” As Johnson has slowly but surely been getting back out on the road, the song elicits a crowd reaction that’s the boldest he’s ever seen. “After the year we’ve all been through, there's a division in this country. But songs like this one have the ability to unite us all. We can all relate to the fact that life starts and it ends. All we’re given is time. Every day, every minute and every second is valuable. I always point to my guitar when I sing the line ‘cause a dream won’t chase you back.’ We are only here for a short time.” The earnest song from Ben Stennis and Matt Rogers has an infectious tempo that starts quietly then builds along with Johnson’s advice: take the chances, chase the dreams, bait those lines, put that diamond on her hand, and take those calls from your mama as long as you can. Until you can’t. It’s the quintessential why-not-now song that calls Johnson’s loyal fans to action.

Not all of the 18 country songs on Human are brand new. Johnson has covers of classics from Vince Gill (“Son of a Ramblin’ Man”) and Conway Twitty (“I Don’t Know a Thing About Love”). Johnson also recruited country music icon Willie Nelson to join him for a new version of Nelson’s honest and witty “Sad Songs and Waltzes” from 1973.

After an hour of non-stop cowboy country music -- backed by the welcome sounds of pedal steel guitar, fiddle, piano and his distinctive vocals -- what Johnson hopes is that his fans will feel like they know him a little bit better. “I love the fact that when you listen to this album, you're gonna hear all the facets that are me, personally and musically. Whether it’s something bluegrass, something a little bit rock, something gospel, or something a little bit more Texas.

“When people listen to Human, they are going to hear a lot more of me being me, because I am finally comfortable with myself and able to share that with my fans.”