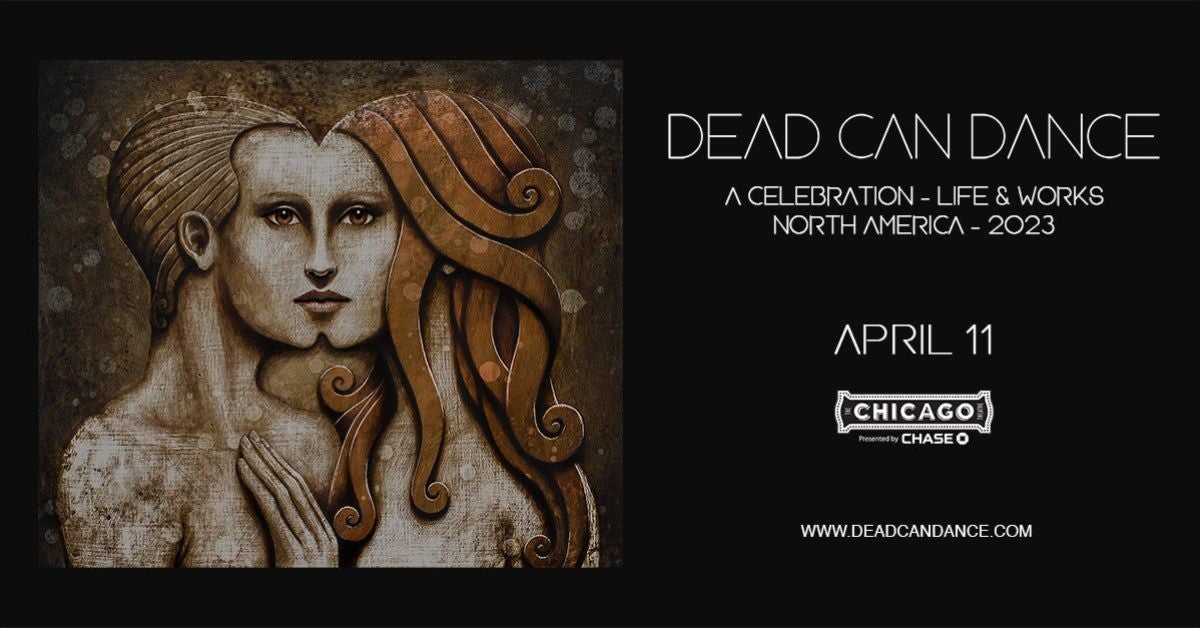 Dead Can Dance will be embarking on an extensive North & South American tour that will include a live performance at The Chicago Theatre on April 11, 2023. The tour sees Brendan Perry, Lisa Gerrard and full backing band return to the Americas for the first time since Coachella in April 2013.