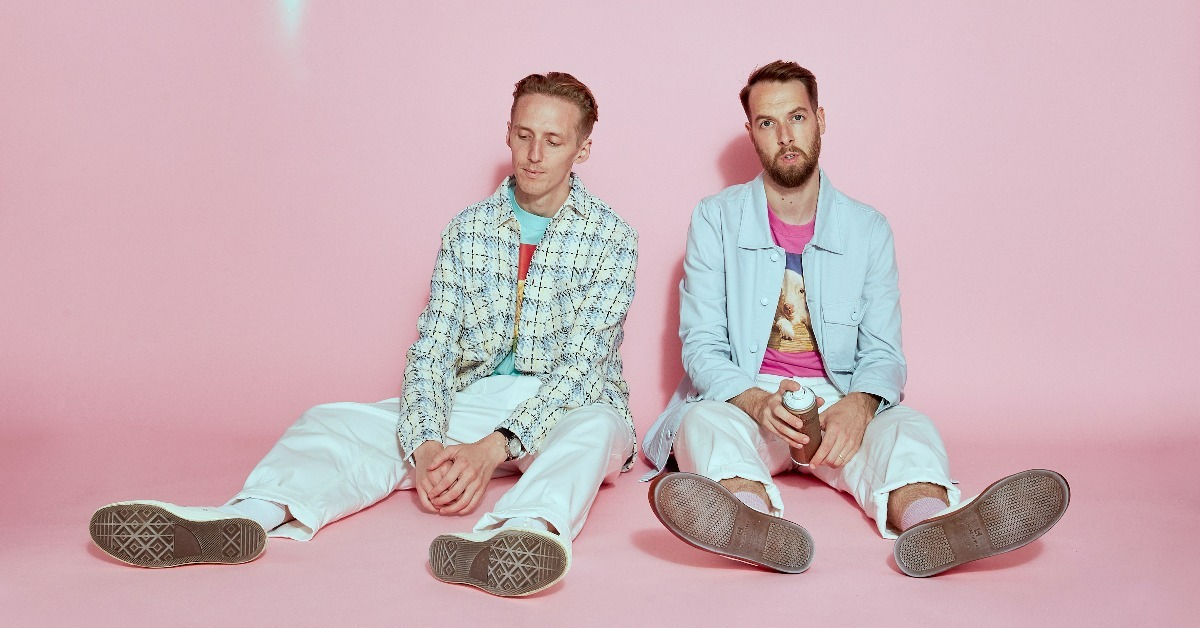 Doors: 6:30 PM / Show: 7:30 PM
All Ages
The VIC Theatre
Buy Tickets
All Ages
May 12, 2022
Buy Tickets
HONNE’s lyrics have a habit of being eerily prophetic. Back in 2018, they released the single ‘Shrink’, on which they sang: “You'd better book me a shrink for 2020, ‘cause by that time I'm gonna be crazy.” Then, in January of 2020 itself, the London-based duo decamped to Los Angeles to start work on new music. The first song they landed on was called ‘What Would You Do?’, with its refrain asking a question that was – they thought – entirely hypothetical: “Let’s just say the world ended a week from now, what would you do?”

When, in many ways, the world did indeed end just a few short weeks after Andy Clutterbuck and James Hatcher penned the song, the duo paused work on a number of these new songs to create their first ever mixtape. ‘No Song Without You’, released last July and featuring its smash hit title track, saw the band slow down – like all of us had to – and appreciate life. Influenced by acoustic instruments and classic song structure, the mixtape saw the band taking things away from the production-based creation of their first two albums, 2016 debut ‘Warm On A Cold Night’ and 2018 follow-up ‘Love Me / Love Me Not’.

When the mixtape was finished early in the pandemic, though, these songs from early 2020 lingered, as did the now-pertinent message at the heart of ‘What Would You Do?’, a statement that became the title of the duo’s third album. At the core of every HONNE album to date is a song that sums up its lyrical and musical intentions, and the pair pinpoint ‘What Would You Do?’ as that blueprint for album three.

The track – a smooth, summery bop – belies its doomsday title and hints that the best way to spend your final week on earth isn’t to cry at the impending end, but go out with a bang. “Tell somebody you love them before it’s too late,” US singer-songwriter Pink Sweat$ sings on the track before it explodes into a euphoric chorus, and the single sets the tone for an album that sees HONNE letting their guard down, smashing past arbitrary barriers of genre and collaborating with stars both established and upcoming. While bringing together sounds from all of their three albums so far, ‘LET'S JUST SAY THE WORLD ENDED A WEEK FROM NOW, WHAT WOULD YOU DO?’ also sees them pushing relentlessly forwards and shooting for pop gold.

“I love pop music, but sometimes I worry whether we should call ourselves pop,” Andy says, wondering if the word “puts some people off”. “But the songs for the album were approaching that sort of world, and I just succumbed to it.”

“I think ultimately we'll always put this weird little twist on anything we ever do. We'll always jazz it up a little bit, and Andy’s voice will always make something sound good,” James adds, and proves that, while the duo’s third album sees them swimming into poppier waters, their immaculate songcraft, left-leaning taste and dedication to their practice will mean that their music will always maintain its unique charm, and avoid being swallowed up in the pop machine of cookie cutter hits.

Also embedded in the album’s charm is its star list of collaborators. Global superstar Khalid appears on the beautiful, melancholy ‘Three Strikes’, a collaboration that began years ago. Originally an instrumental song, the pair sent Khalid the track over two years ago, who recorded a note-perfect vocal over the top and sent it back to HONNE within an hour (“Can you imagine our faces?!” James grins at the memory). The song then came back around during the sessions for the new album, with Khalid adding finishing touches. "It's mad how well our voices go together. Khalid was so hyped when we sent it over", Andy says of the link-up.

Elsewhere, rising star Griff appears on ‘Back On Top’, the album’s purest moment of sunshine pop. “She adds such a unique flavour to anything she sings on,” James says of the singer, with Griff and HONNE already collaborating in 2020 on the track ‘1,000,000 X Better’. Jazz genius Reuben James (Sam Smith) also follows up his work on last year’s mixtape with more collaborations across the album, while other vocalists include Panamanian singer Sofía Valdés, Indonesian-born, American-based 88 Rising act NIKI and more. Past and present superstars including Arlo Parks (‘Now I’m Alone’), Sam Smith (‘Back On Top’) and MNEK (‘Easy On Me’) also co-wrote tracks on the album.

‘LET'S JUST SAY THE WORLD ENDED A WEEK FROM NOW, WHAT WOULD YOU DO?’ is set to be released in three parts across the second half of 2021. Complete with an unfolding story told between three separate pieces of artwork, each section will be helmed by a single; part one kicks off with ‘What Would You Do?’, with the melodic bliss of ‘Coming Home’ serving as the single for part two, before the Khalid-starring ‘Three Strikes’ heads up the final section of the album. “There’s a flavour of each album across this new record,” Andy says, reflecting on a record that brings together everything the band have done thus far, while simultaneously pushing them excitingly forwards.

Among the frenzied, disparate creation of the album and its rollout, a simple mantra stood out to Andy and James, which the band carry through with them now towards what comes next. “We went into it just thinking, let's just write great songs,” James puts simply, describing the “liberating” feel of not spending time worrying about anything on the periphery of the process.

“In the past, we’ve limited ourselves,” he adds. “We might get to a section of a song and things are getting really exciting, but we then pull ourselves back and say, ‘Can we really do that?’. Now, we’ve sidestepped the rules and done whatever we wanted to do.” Intentionally or not, across their third album, HONNE have answered the question they pose in its quasi-title track emphatically: if you were faced with the end of days, the only way forwards is to push on into the great unknown.