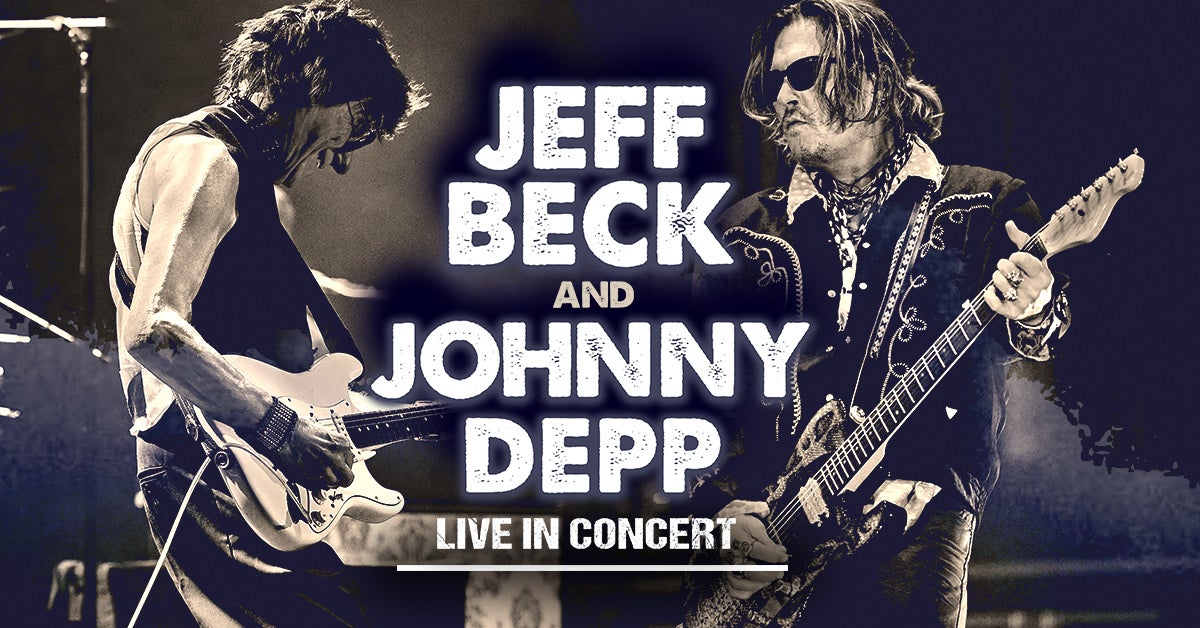 JOHNNY DEPP will join JEFF BECK on his upcoming North American tour beginning in early October and including the October 23 concert at The Chicago Theatre. In concert, the duo will highlight songs from their newly released musical collaboration, 18, and join forces with Beck’s current band (bassist Rhonda Smith, drummer Anika Nilles and keyboardist Robert Stevenson) to perform a lengthy set heavy with tunes from throughout Jeff Beck’s career.

Beck and Depp’s 13-track album, 18, debuted at #10 on both the Billboard Top Albums and Top Current Albums charts marking the first top 10 for both Beck and Depp on the 31-year-old Top Album Sales chart.  The set is available on CD and digitally, with a 180-gram black vinyl version coming on September 30. The duo recently wrapped a successful European tour together on July 25 in Paris, France to much fan and critical acclaim with sold-out dates throughout northern Europe, Italy and France - including a stop at the revered Montreux Jazz Festival.

Jeff Beck found a kindred spirit in Johnny Depp when the two met in 2016. They bonded quickly over cars and guitars and spent most of their time together trying to make each other laugh. At the same time, Beck’s appreciation grew for Depp’s serious songwriting skills and his ear for music. That talent and their chemistry convinced Beck they should make an album together.

Depp agreed and they started in 2019. Over the next three years, they recorded a mix of Depp originals along with a wide range of covers that touches on everything from Celtic and Motown, to the Beach Boys and Killing Joke. “We were going to call the album ‘Kitchen Sink’ because we threw everything in it,” the two-time Rock and Roll Hall of Famer says with a laugh. “The only game plan we had was to play songs we like and see where they took us.”

Beck is universally acknowledged as one of the most talented and significant guitarists in the world and has played alongside some of the greatest artists of rock, blues, and jazz. Over the course of his distinguished 50+ music career, he has earned an incredible eight Grammy Awards, been ranked by Rolling Stone as one of the “100 Greatest Guitarists of All Time,” and been inducted into the Rock & Roll Hall of Fame twice – once as a member of the Yardbirds and again as a solo artist. In the summer of 2016, the guitar virtuoso celebrated his five decades of music with an extraordinary concert at the famous Hollywood Bowl with special guests including Buddy Guy, Steven Tyler, Beth Hart, Billy F. Gibbons and Jan Hammer.