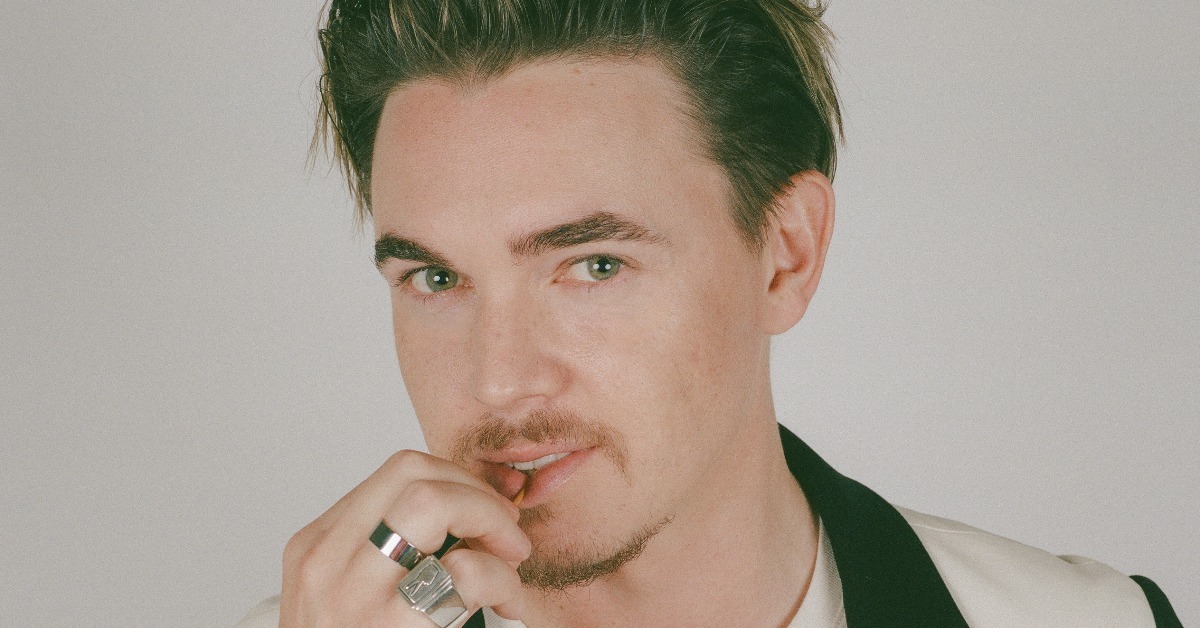 When we’re ready, we open up at just the right time and share who we are with the world.

In fact, the record represents the convergence of numerous personal and professional strides as well as natural artistic progression.

“The album reflects on the journey through my late teens and twenties,” he explains. “In many ways, it was very therapeutic. I got to discuss some of my own insecurities, let my guard down, and be vulnerable—which was difficult for me in the past. For the first time, I felt okay being honest with myself and the audience. I was able to pull back the curtain and reveal pretty much everything. The album talks about what it’s like to have an all-consuming career and also what it’s like to be madly in love. It’s everything from the last few years of my life.”

Over the past few years, he underwent a conscious evolution. After a bout of writer’s block, he stole away to Nashville for a songwriting camp. At the camp, he experimented with different genres such as country and more. The experimentation rekindled his passion for songwriting as he eased into the pocket without personal attachment and stepped outside of himself. Ultimately, he drew inspiration from the experience. Upon returning to Los Angeles, he started to assemble what would become New Stage, incorporating the lessons from the trip and adopting a fresh perspective.

“I immediately got the bug and wanted to make an album,” he states. “The trip was really the catalyst. I didn’t have a blueprint, but it was very special. Country music is all about storytelling. That was what I fell in love with. I decided to apply this style of writing and storytelling to the pop world. I wanted to do a feel-good record with timeless and classic elements.”

In order to do so, he anchored the sound with straightforward guitar, piano, organ, and percussion “with no tricks or gimmicks.” The music doubled as a conduit to transmit feelings at their purest. Take the first single “Yours.” Backed by solo acoustic guitar, the track gives way to candid confessions. His voice instantly enchants as he admits, “Yeah, I’ve been a singer, yeah I’ve been a smoker, yeah I’ve been the face in every bedroom on a poster…there’s another side of me no one ever gets to see...”

“I wanted to come out of the gate with a song that’s reflective and hopeful,” he goes on. “It looks forward, yet it’s cognizant of what I’ve gone through and what it means to be an artist who also happens to be obsessed with his fiancé. It’s a wild ride to be in this relationship with somebody who I truly love and admire. Of all the things I’ve done in my 34 years, the most enjoyable moments are with her. I wanted to distill that down to three minutes in a true story.”

Elsewhere, “Friends” sends a dedication to his close circle of buddies with a buoyant chant, “Thank God, I got my friends,” above a Latin-style beat. Over this swaggering swing, he tackles a new style of love song—just dedicated to his friends this time around. Then, there’s “Kiss The World Goodbye.” Soft piano gives way to an impressive vocal performance. Handclaps build towards a heavenly hook inspired by his future wife. As he notes, it catalogs a “Bonnie and Clyde moment about me and my lady ready to take on anything and everything.”

The title track traces his journey from a “young kid with a family on his back” to “playing shows with the crowd screaming my name” and “standing on a whole new stage” upheld by delicate delivery once more.

“I’ve reached a fresh phase in my life and career,” he states. “I’m getting married. My music is thriving. I have an incredible fan base that continues to support me. I have so much to be thankful for. Now, I’m thinking of the future. It’s the beginning of the next chapter. It’s a new stage.”

He diligently worked to reach this stage. Since his debut as a solo artist, Jesse has built a catalog of instantly recognizable anthems and captivated audiences on the road and on-screen. His first three albums—the platinum Beautiful Soul [2004], Right Where You Want Me [2006], and Departure [2008]—consecutively bowed in the Top 15 of the Billboard Top 200 with the singles “Beautiful Soul” minted gold and “Leavin’” certified platinum. Plus, he collaborated with T-Pain on the cross-genre banger “Body Language.” Meanwhile, Spin touted In Technicolor among its “Top 20 Pop Albums of 2014.” Along the way, he performed in arenas alongside the likes of New Kids on the Block and Backstreet Boys in addition to packing global headline tours and hosting shows for both George W. Bush and Barack Obama. A sought-after songwriter, he notably wrote the quadruple-platinum GRAMMY® Award-nominated “Bleeding Love” for Leona Lewis. In 2018, the one-off single “Better With You” racked up nearly 30 million cumulative streams and paved the way for his fifth offering. Simultaneously, his acting credits grew to include everything from Chernobyl Diaries and Fear The Walking Dead to Alvin and the Chipmunks, and even voicing the character Roxas/Ventus in gamer favorite Kingdom Hearts.

In the end, Jesse McCartney ultimately shows who he is on New Stage.

“This is the most intimate album I’ve ever done,” he concludes. “I’m leaving it all out there. I want listeners to know what it was like for me to grow up—all of the negative and the positive. I want to share how I feel about my relationships with my friends and my soon-to-be wife. I want to share a sense of hopefulness. I’m still the same guy, but I’m a little wiser and bursting at the seams creatively. At the same time, I still make pop music…and it should make you feel good!”

Per the City of Chicago’s public health order, in order to attend any indoor event at Park West, all patrons 5 years of age or older are required to be fully vaccinated against COVID-19 (must be 2 weeks past final dose) and must show proof of vaccination at the time of entry. A negative COVID-19 test result is no longer valid for entry. Proof of vaccination can only include a CDC COVID-19 Vaccination Record Card, a clear photocopy or digital photo of the CDC card. Patrons 16 years of age or older will also need to provide a government issued photo ID that matches their vaccination record. The only exception to this policy involves fans who have previously received a medical or religious exemption, as long as those patrons provide proof of the medical or religious exemption and a COVID-19 test administered by a medical professional within the last 72 hours prior to entering the event. Taking these steps helps to ensure the safety of our guests, staff, and the artists, and implementing this simple measure minimizes risk and the spread of the virus. We encourage you to get vaccinated and boosted if you have not already!