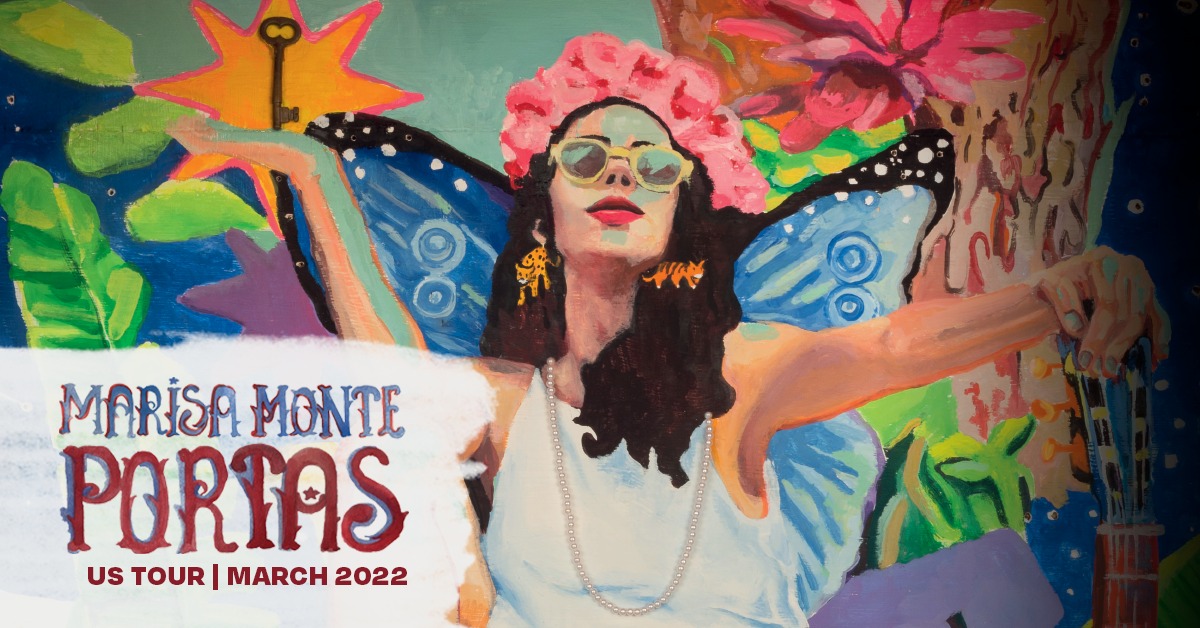 Doors: 7:00 PM / Show: 8:00 PM
All Ages
The VIC Theatre
Buy Tickets
All Ages
Mar 15, 2022
Buy Tickets
Marisa Monte stormed onto the music scene in her native Brazil in the late 1980’s and has remained center stage ever since. Releasing one wildly successful project after another, Monte is recognized as the greatest Brazilian singer of her generation. Her recordings, which have netted her four Latin Grammy Awards and sold millions of copies worldwide, blend her early love of samba and classic MPB (Brazilian pop) with a deep and wide-ranging mastery of songwriting and arranging which created her own supremely modern and eclectic style.

Monte’s 2022 U.S. tour celebrates the release of the singer’s newest project Portas (Phonomotor/Sony Music). Recorded across multiple continents during the pandemic, the album is Monte’s first solo release in a decade. Says Monte: “I started my life in music at the age of 19 and I've never been so long without singing live and without meeting my audience. I'm really missing it!”