Home|Events|SAINt JHN - In Case We Both Die Young Tour 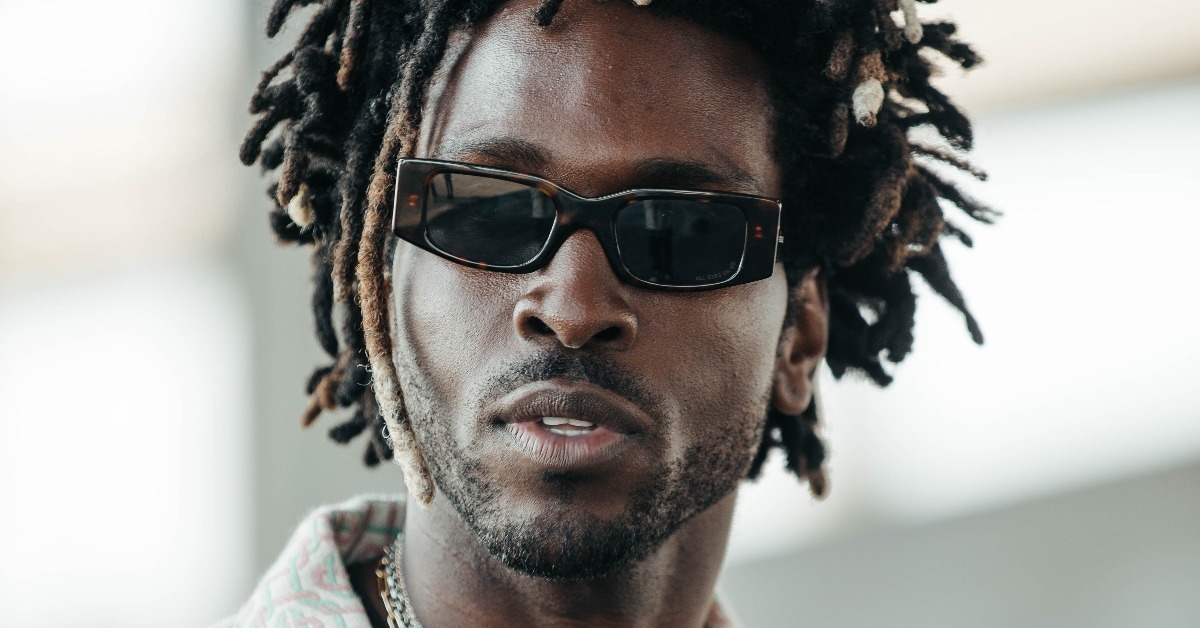 SAINt JHN - In Case We Both Die Young Tour

Doors: 6:30 PM / Show: 7:30 PM
18 & Over
Riviera Theatre
Buy Tickets
$34.00
18 & Over
Nov 13, 2021
Buy Tickets
SAINt JHN is an emerging emcee with a sophisticated, dynamic approach to the rhymes he spits. Bringing a cinematic presence and harmonious hooks to his vocals, the Brooklyn-based rapper is gaining recognition for his distinct style. Born Carlos St. John in Brooklyn, he was the son of a preacher and one of nine siblings, who also happened to grow up bouncing back and forth every few years between America and Guyana. Noting the favorable exchange rate between the two nations, their Brooklyn-based mother regularly sent money to support SAINt JHN and his siblings. SAINt JHN recalls his humble roots as the “barefoot, shirtless kid bathing in the rain, fetching water up the street.” At a glance, his childhood can be mistaken as an exotic tale brimming with travel and culture, though in truth, it was a crime-ridden adage steeped in poverty. As a witness to his brothers’ ill-fated attempts at lawlessness, SAINt JHN learned at an early age his options were to either sell drugs or make music. And while he too tested the waters of drug dealing, he quickly learned what he stood to lose was greatly disproportionate to what he stood to gain. “I wanted to change my family’s lineage,” he proclaims. It was at this time he started his decade-long journey to pursue a musical career with acute precision. He credits watching his older brother, an active rapper who participated in cyphers, as a defining moment in his discovery of hip-hop as an art form. Mimicking his brother’s aspirations, SAINt JHN started rapping at age 12, though admits he stole some of his brother’s rhymes to impress his classmates in junior high. “They thought I was a genius,” he recalls. “He’s two years older than me so I’m in junior high giving you 14-year-old bars, 15-year-old bars. They were like ‘wooo!’ I’m like, ‘Hell yeah, I’m dope!’” Influenced by the rich cultures of both cities, SAINt JHN remembers getting hip to Jay Z, The LOX, and Dipset juxtaposed by his time in Guyana, where he was immersed in soca music as well as the sounds of Buju Baton, Beenie Man, and Sound Cat. Upon his permanent return to the States, SAINt JHN began to hone his skills as a rapper – channeling that energy into his early mixtapes – The St. John Portfolio and In Association – which received early support from DatPiff and Pigeons & Planes, who noted, “[SAINt JHN’s] brand of hip-hop is intense,” then added, “his voice delivers urgency, clarity and passion.” SAINt JHN recalls, “I needed someone to say, ‘Listen, cool. Your rapping is fantastic. Stop rapping for a second. Go make some songs. Go make music.’” This pivotal moment jumpstarted SAINt JHN’s career as a songwriter. Yet as he racked up writing credits, including Usher, Kiesza, Joey Bada$$, Jidenna, to name a few, he simultaneously lost his own voice in the process. “When I sold songs to other people, I watched them to see how they would execute. Their tones didn’t quite match mine so the songs wouldn’t completely capture the same magic. It’s really hard to recreate magic.” In an effort to reclaim his own unique voice, SAINt JHN began to identify his personal expression within his writing, and once again, his songs shifted. In 2016, he offered a taste when he posted the brooding track “1999” to SoundCloud, with no fixed plan, aside from release. In a short time, the song gained traction – while SAINt JHN gained clarity, and his repertoire expanded quickly. In addition to “1999,” songs like “Roses” establish SAINt JHN’s authentic tone, which Pigeons and Planes described as a “more polished, focused, and intense sound.” The two tracks will be featured on the soon to be heard release Collection Vol. 1, followed by a series of mixtapes, including one from his collective GØDD COMPLEXx – a team of creatives dedicated to pushing boundaries in music and art. “I want to set the groundwork. I want you to understand that there is a foundation here,” he says of his music. “So I am going to introduce you all things that are part of my world. GØDD COMPLEXx is a part of my world. Fashion is part of my world. I am just a conduit for all the things that inspire me.