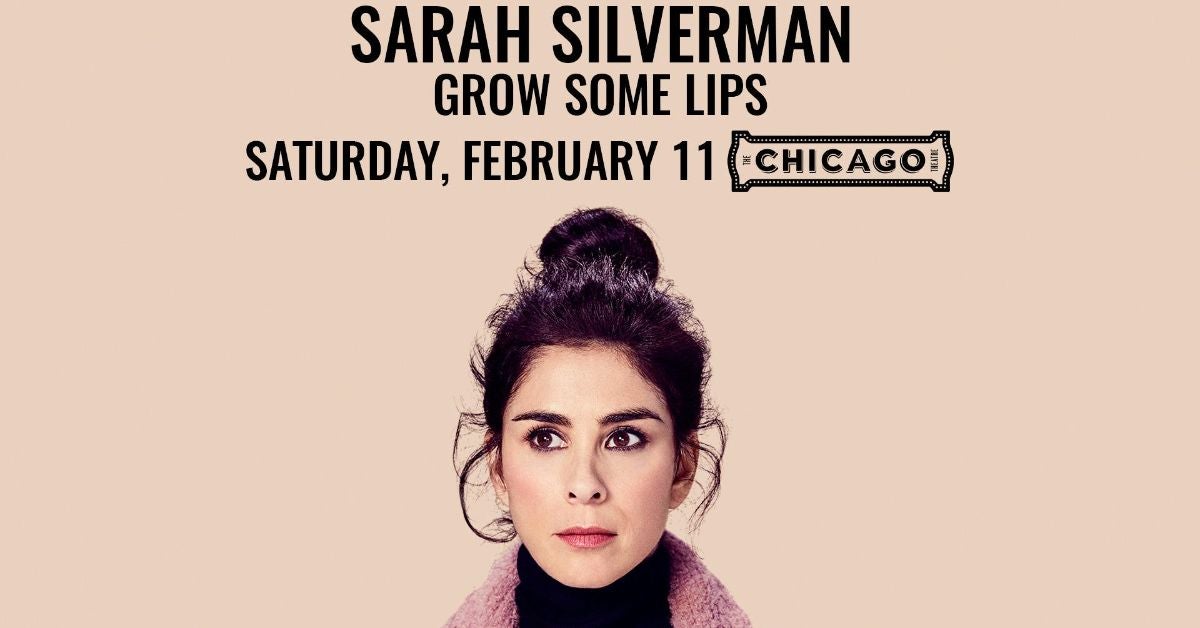 Sarah Silverman is a two-time Emmy Award-winning comedian, actress, writer, and producer. She currently hosts her weekly podcast, the critically acclaimed The Sarah Silverman Podcast, available on iTunes and wherever podcasts are available. She can next be seen as the host of TBS’ Stupid Pet Tricks, an expansion of the famous David Letterman late night segment. She recently wrapped production on Netflix’s Maestro, a biopic on the life of composer Leonard Bernstein. She will star opposite Bradley Cooper as Bernstein’s sister Shirley. Other upcoming projects include the indie psychological thriller Viral, starring alongside Blair Underwood. This past Spring, Silverman’s off-Boadway musical adaptation of her 2010 memoir "The Bedwetter: Stories of Courage, Redemption, and Pee" had a sold-out run with the Atlantic Theatre Company. Silverman previously hosted the Emmy and Writers Guild-nominated Hulu series I Love You, America. She continues to lend her voice to several animated series, including Bob’s Burgers.

On stage, Silverman continues to cement her status as a force in stand-up comedy. In May 2017, she released her latest standup special, A Speck of Dust, on Netflix, culminating in two Emmy Award nominations and a Grammy Award nomination. In 2013, she debuted her hour-long HBO standup special Sarah Silverman: We Are Miracles, which earned her the 2014 Primetime Emmy Award for “Outstanding Writing for a Variety Special.” The special received an additional Primetime Emmy Awards nomination that year for “Outstanding Variety Special” in addition to a Writers Guild Awards nomination. In September 2014, Silverman released the special as an audio album through Sub Pop Records, which went on to receive a 2015 Grammy Awards nomination for “Best Comedy Album.” Previously, Silverman made an impressive splash with her concert-meets-comedy film Sarah Silverman: Jesus is Magic, which garnered significant attention at TIFF.

In the film world, Silverman was most recently seen opposite Emma Stone and Steve Carell in the critically-acclaimed film Battle of the Sexes, which was based on the true story of the 1973 tennis match between Billie Jean King and Bobby Riggs. She also starred in I Smile Back, the film adaptation of the Amy Koppelman novel. The drama premiered at the 2015 Sundance Film Festival and was later released by Broad Green Pictures in theaters. Silverman received much praise for her role as “Laney Brooks,” culminating in a 2016 Screen Actors Guild Award nomination for “Outstanding Performance by a Female Actor in a Leading Role.” Her additional film credits include Marry Me, The Book of Henry, Popstar: Never Stop Never Stopping, Ashby, A Million Ways to Die in the West, Take This Waltz, Gravy, Peep World, I Want Someone to Eat Cheese With, The School of Rock, There’s Something About Mary, The Way of The Gun. Silverman also lent her voice as “Vanellope” in the Oscar-nominated smash hit Wreck It Ralph and Golden Globe-nominated Wreck it Ralph 2: Ralph Breaks the Internet.

Silverman was nominated for a 2009 Primetime Emmy Award for “Outstanding Lead Actress in a Comedy Series” for portraying a fictionalized version of herself in her Comedy Central series, The Sarah Silverman Program. This marked Comedy Central’s first-ever Emmy nomination in a scripted acting category. Silverman also received a Writers Guild Award nomination for her work on the show. In 2008, Silverman won a Primetime Emmy Award for “Outstanding Original Music and Lyrics” for her musical collaboration with Matt Damon. Additionally, she was honored with a Webby Award for “Best Actress” for her online video “The Great Schlep,” in which she persuaded young kids to encourage their grandparents in Florida to vote for President Obama before the 2008 Presidential Election.

Silverman has made memorable guest appearances on several acclaimed and notable television shows, including Monk, which earned her a 2008 Primetime Emmy Awards nomination for “Outstanding Guest Actress in a Comedy Series.” Her additional television work includes buzzed-about roles on HBO’s Crashing, Masters of Sex, The Good Wife, The Larry Sanders Show, Seinfeld, and Mr. Show with Bob and David. Silverman has hosted several major awards shows, including the 2007 MTV Movie Awards and the Independent Spirit Awards.

Silverman grew up in New Hampshire and attended New York University for one year.

In 1993 she joined Saturday Night Live as a writer and feature performer and has not stopped working since. She currently lives in Los Angeles.