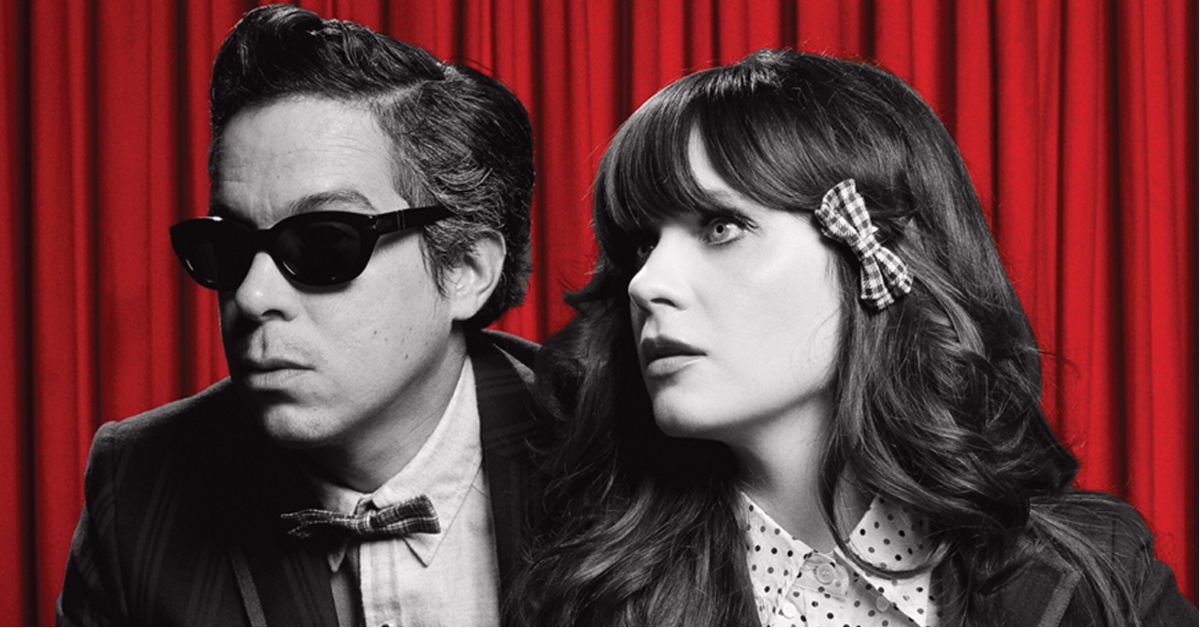 This holiday season, two of music’s most beloved artists—Zooey Deschanel (She) & M. Ward (Him) – will embark on a “Christmas Party Tour” that will bring them to The Chicago Theatre on December 7, 2021.

It’s been 10 years since the release of A Very She & Him Christmas, the wonderful collection of tunes recorded especially for the Christmas season. On that record, Deschanel and Ward let the songs speak for themselves, oftentimes recording them with only acoustic guitar and vocals. The result is an intimate holiday recording that deserves a place in your collection next to seminal Christmas albums by the likes of The Carpenters, Vince Guaraldi, The Beach Boys, and Elvis Presley.

To mark this joyous occasion, Merge Records will release a limited-edition deluxe 10th anniversary reissue pressed on tinsel silver vinyl that includes a brand-new 7-inch, also on silver vinyl, featuring renditions of Madonna’s “Holiday” and Wham!’s “Last Christmas,” as well as a bonus download of “It’s Beginning to Look a Lot Like Christmas.” The 7-inch can also be purchased separately on evergreen vinyl. These releases will be out globally November 12, 2021.

Ever since the album was first released in 2011, She & Him have donated a portion of all sales from A Very She & Him Christmas to 826 National, a non-profit for young people to ignite and channel their creativity, explore identity, advocate for themselves and their community, and achieve academic and professional success. Hundreds of thousands of dollars have been donated to date, and She & Him are proud to continue that initiative with this reissue.

Covid Guidelines and Mask Mandate for this Show

In order to attend the event, guests age 12+ must provide proof of full COVID-19 vaccination (the day of the event is at least 14 days after your final vaccine dose) or proof of a negative COVID-19 test (an antigen test taken within 6 hrs of the event start time, or a PCR test taken within 72 hrs of the day of the event) & appropriate ID matching the name on the your documentation. Children ages 4-11 must provide proof of a negative COVID-19 test (requirements above). Proof of vaccination or negative test result must be directly from the healthcare provider that performed the vaccination or test & can be displayed on your smartphone, or by presenting a physical copy. Per City of Chicago & State of IL guidelines, all guests age 2+, regardless of vaccination status, are required to wear masks inside the venue except while actively eating/drinking. Gov't mandates, venue protocols & event requirements are subject to change. For more info, please search your event on chicagotheatre.com.