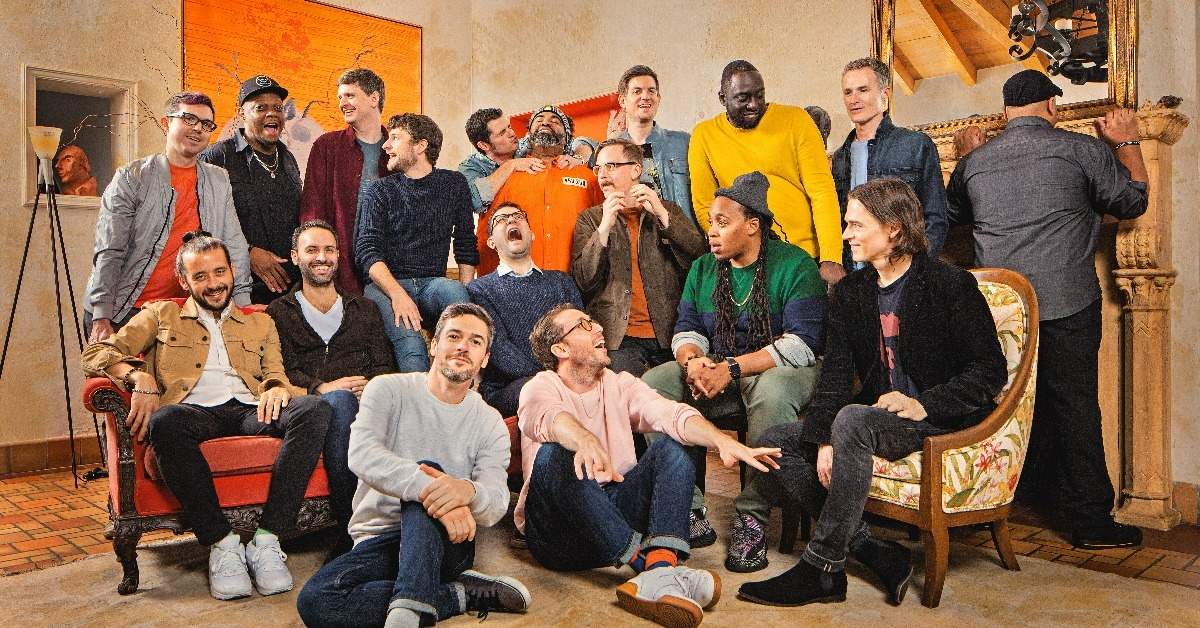 Doors: 7:00 PM / Show: 8:00 PM
18 & Over
Riviera Theatre
Buy Tickets
18 & Over
Mar 31, 2023
Buy Tickets
After over a decade of relentless touring and recording in all but complete obscurity, the Texas-bred quasi-collective suddenly found itself held up by the press and public as one of the major figures in the jazz world. But as the category names for all four of the band’s Grammy® awards would indicate (Best R&B Performance in 2014, Best Contemporary Instrumental Album in 2016, 2017, and 2021), Snarky Puppy isn’t exactly a jazz band. It’s not a fusion band, and it’s definitely not a jam band. It’s probably best to take Nate Chinen of the New York Times’ advice, as stated in an online discussion about the group, to “take them for what they are, rather than judge them for what they’re not.”

Snarky Puppy is a collective of sorts with as many as 20 members in regular rotation. At its core, the band represents the convergence of both black and white American music culture with various accents from around the world. Japan, Argentina, Canada and the United Kingdom, all have representation in the group’s membership. But more than the cultural diversity of the individual players, the defining characteristic of Snarky Puppy’s music is the joy of performing together in the perpetual push to grow creatively.

September 30th 2022 Snarky Puppy sees the release of their eagerly anticipated 14th album - Empire Central. It’s sound is big and bold, chill and laid back, rooted in its native culture while reaching outward, forward bound. With 16 new compositions, the group looks fondly at where it’s come from, confident in the polished power from which its members continue to build the unique Snarky Puppy sound.

The sound now rises like a skyscraper from a 21st century orchestra comprising three guitarists, four keyboardists, two brass, two reeds, a violinist, multiple percussionists and drummers and the accomplished, yet modest Michael League keeping it all together with his bass.

“Our soundscape has expanded dramatically over the years” says League. “When the band started, we were jazzier, brainy and music oriented. Moving into the Dallas scene we became groovier, more emotional, deeper in a sense. We focused more on communicating a clear message, understandable to a listener without dumbing things down.”

“Snarky Puppy has always been a band that prioritizes the sound of music” says League. “On this record the songs ended up being a lot more direct and funkier than those on our previous records. I think it reflects the many moods of the city’s scene”. “Our rule is that it can’t sound like it sounded before” he continues, “the music has to feel like it’s moving somewhere.”

And moving somewhere it most definitely is. Empire Central shouts from the rooftops how far Snarky Puppy have come since ten friends got together at the University of North Texas in 2004. It also raises the question – where will Snarky Puppy go next? For Snarky Puppy fans, the answer to this question is a very exciting prospect.