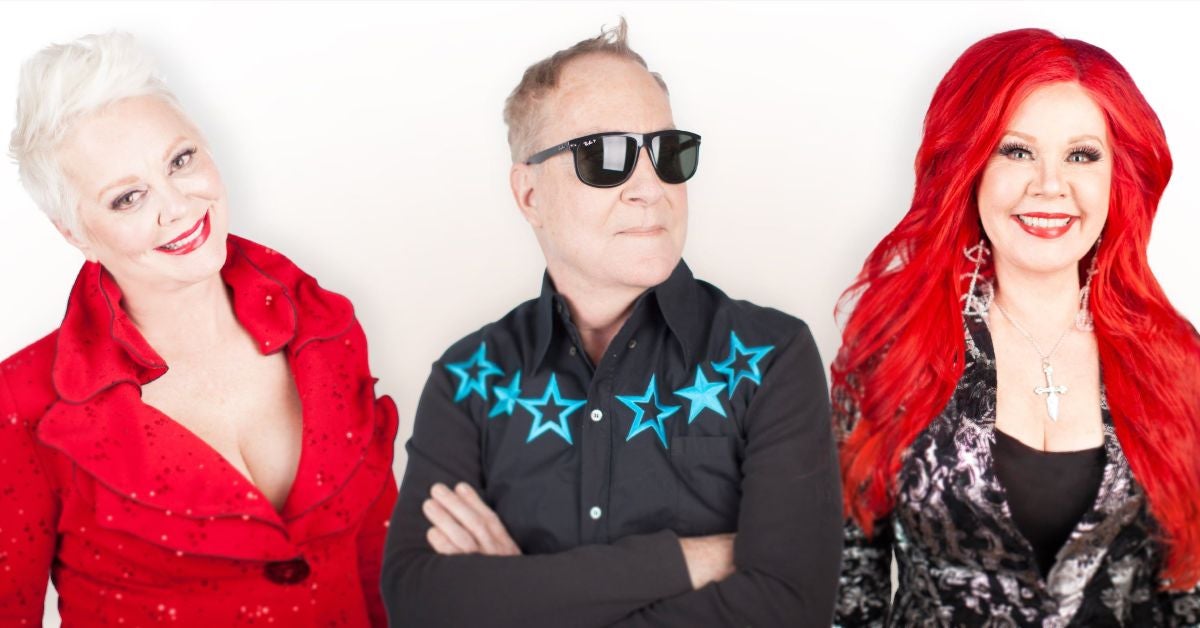 It is well known that The B-52s are The World’s Greatest Party Band. Nearly 40 years and over 20 million albums into their career, there can be no doubt as to why they remain one of rock music’s most beloved and enduring bands. Any mystery concerning the band’s longevity and ongoing appeal is immediately solved when exposed to a B-52s concert experience. From groundbreaking songs like “Rock Lobster,” “Dance This Mess Around,” “Private Idaho,” “Roam” and “Deadbeat Club” to chart-topping hits like “Love Shack,” to their thrilling reemergence on the pop scene with their 2008 CD Funplex, which bowed at #11 on the Top 200. The B-52s’ unforgettable dance-rock tunes start a party every time their music begins.

Formed on an October night in 1976 following drinks at an Athens, GA, Chinese restaurant, the band played their first gig at a friend’s house on Valentine’s Day 1977. Naming themselves after Southern slang for exaggerated 'bouffant’ hairdos, the newly-christened B-52s (Fred Schneider, Kate Pierson, Keith Strickland, Cindy Wilson and Ricky Wilson) began weekend road trips to New York City for gigs at CBGB's and a handful of other venues. Before long, their thrift store aesthetic and genre-defying songs were the talk of the post-punk underground. A record deal soon followed and their self-titled debut disc, produced by Chris Blackwell, sold more than 500,000 copies on the strength of their first singles, the garage rock party classic “Rock Lobster,” and “52 Girls.” The album placed at #152 on Rolling Stone’s “500 Greatest Albums of All Time” and #99 on VH1’s “Greatest Albums of All Time.” The B-52s began to attract fans far beyond the punk clubs of the Lower East Side — galvanizing the pop world with their 'stream-of-consciousness' approach to songwriting and outrageous performance. They had clearly tapped into a growing audience for new music that was much larger than anyone could have anticipated.