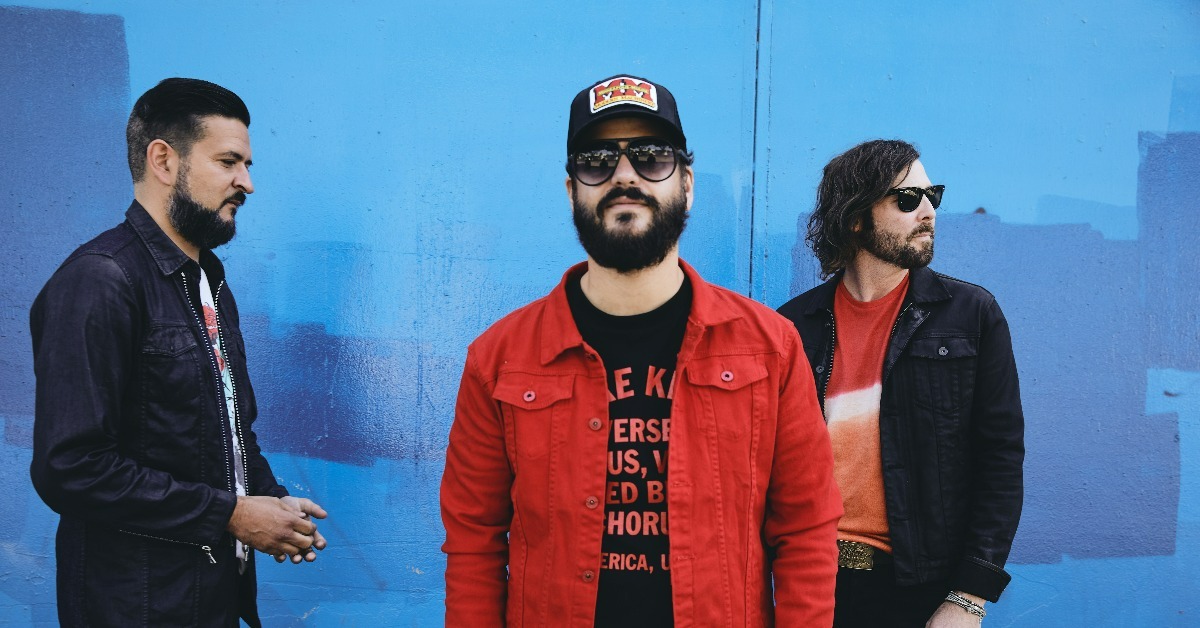 Doors: 7:00 PM / Show: 8:00 PM
All Ages
Park West
Buy Tickets
All Ages
Nov 4, 2022
Buy Tickets
The Record Company is breaking old habits on Play Loud. The Los Angeles trio was ready for a change when it came time to make their third album, and they got it: Play Loud pushes the group into uncharted territory with a dozen new tracks that move beyond the homemade sound of The Record Company's first two albums. Band members Alex Stiff, Chris Vos, and Marc Cazorla brought in GRAMMY-winning producer Dave Sardy (Oasis, Wolfmother, Modest Mouse, LCD Soundsystem) to help broaden their sound.

"We came to the table for our third record with strong demos on songs that could have passed for our first two records, and asked, 'Can we beat it?'" says singer Chris Vos. "And for the first time, we allowed talented people to come into our small circle to push the music higher."

"In the past, we were really insular. Everything was just us," says Stiff, who also played guitar and keyboards and sang on the album. "We totally flipped the process on this record to allow for every idea and possibility, so it wasn't just the three of us, closed off in our bubble. It was like, 'Let's take some risks and see what we can really do.'"

As the title implies, Play Loud is a bigger sounding album, with songs packed full of taut grooves and stick-in-your-head hooks. It's upbeat, and you can hear why Chris Vos described a common theme in the process as simply: "Fun." Though there are echoes aplenty of The Record Company's origins -- including recording all the basic tracks together live in the studio during a brief window in May 2020 -- there's also a willingness to try out new sounds and styles. Lead single "How High" pairs bristling guitar with a sleek bassline and distorted vocals, while "Paradise" lays back in a deep pocket with a spare, locked-in rhythm from bass and drums, bright bursts of guitar and, on the chorus, swelling keyboards that give the song a sense of lift. There's dirty electric guitar and a '90s hip-hop influence on the pulsing track "Gotta Be Movin,'" and a punchy bassline, tight backing vocals and just the right amount of a pop sensibility on "Never Leave You."

"We definitely wanted to expand," says Cazorla, who played drums and keyboards on the new album. The Record Company got started in 2011 and were selling out small venues in Los Angeles before they released their first album, 2016's GRAMMY-nominated Give It Back to You. Stiff produced the debut which yielded three Top 10 hits at Triple-A radio, including "Off the Ground," which reached No. 1 on Billboard's Adult Alternative Songs chart. Stiff also produced the trio's 2018 follow-up, All of This Life, which cracked the Billboard 200 albums chart and launched another Adult Alternative chart-topper with "Life to Fix." Yet when it came time to make their third record, the musicians knew they wanted to try something different.

Why did you shake things up on Play Loud?
Vos: You can't stay the same and expect new things. Where is the fun in that? Sardy said at the very beginning, "to make a great record you need to be around people who lose sleep over it." He did. We did.

Stiff: I stated right off the bat that we should try a new producer. I was ready to learn from someone with tons of record making experience, and focus on being creative, rather than wearing so many hats at once.

What did you learn from working with new collaborators?
Cazorla: That we don't have the answers to everything. We were fortunate to work with some great people, and it's helpful to listen to them and take some guidance where needed, and also to stand firmly up for the stuff that we believe in and find that great end result together. The best possible version of the song.

Vos: We collaborated in our writing process with a couple of people, like Shungudzo or Sam Hollander and Kevin Griffin or Dave, who awoke inspiration within us to find new ideas, or greatly improve upon existing ones. Every second of every song on the record is authentic to both who we are and where we are as people. It was a fresh feeling to have that experience because you got to participate with others in a process that adds to your own, and that opened new possibilities up.

What did Dave Sardy bring to the process?
Stiff: Even the first time we met him, all of us left that day with new knowledge about how to make something bigger than what we could conceive on our own. He also has an amazing studio with a lot of crazy gear that inspired ideas. It's not just about expensive mics, sometimes we'd use a mic from an '80s boombox to record. He brings a craft of experimentation that is an art in itself.

Vos: Nothing gets past Dave. He demands ideas and performances achieve a certain level. We as a band feel the same. I easily had a couple of nervous breakdowns making the record, and I think that's what it takes. The melodies on this record, alongside Dave's production, made me step away from a lot of my moves as a singer. It got me out of my normal comfortable zone and made me grow through the challenge of singing authentically from a different place. To refine and redefine how I saw singing and melody. That's a delight.

What effect did the pandemic have on making this album?
Cazorla: We had much more time, so we took a few months before we went into record in May 2020 to really go over everything with a fine-tooth comb: every word, every phrase -- everything, and it felt really great to be able to do that.

Vos: From the beginning, Alex was in his home studio making rock solid inspiring demoes for us to feed off of. That started the whole ball rolling from a strong place. There was nothing else to do but work on these songs and make them the sole central focus in our lives. We'll probably never have a chance quite like that again. Through the whole process it is the band's job to make sure we know what we want to say, to work as hard to get the best results, and to always do music you feel opens your heart to the listener.

What do you hope Play Loud does for the band?
Vos: I want the record to reach the people it's supposed to reach. I don't know how many that is -- I don't care about the numbers so much as the record is just finding its way to people who can hear the honesty that we put into it. We worked harder on this record than we've worked on any other record. We made a record we love.

Stiff: When this album drops is exactly our 10-year anniversary, and we just feel like it's our time. It's different than what some of our fans might expect from us, but we felt we had to evolve, and we found new ground and a bigger sound.