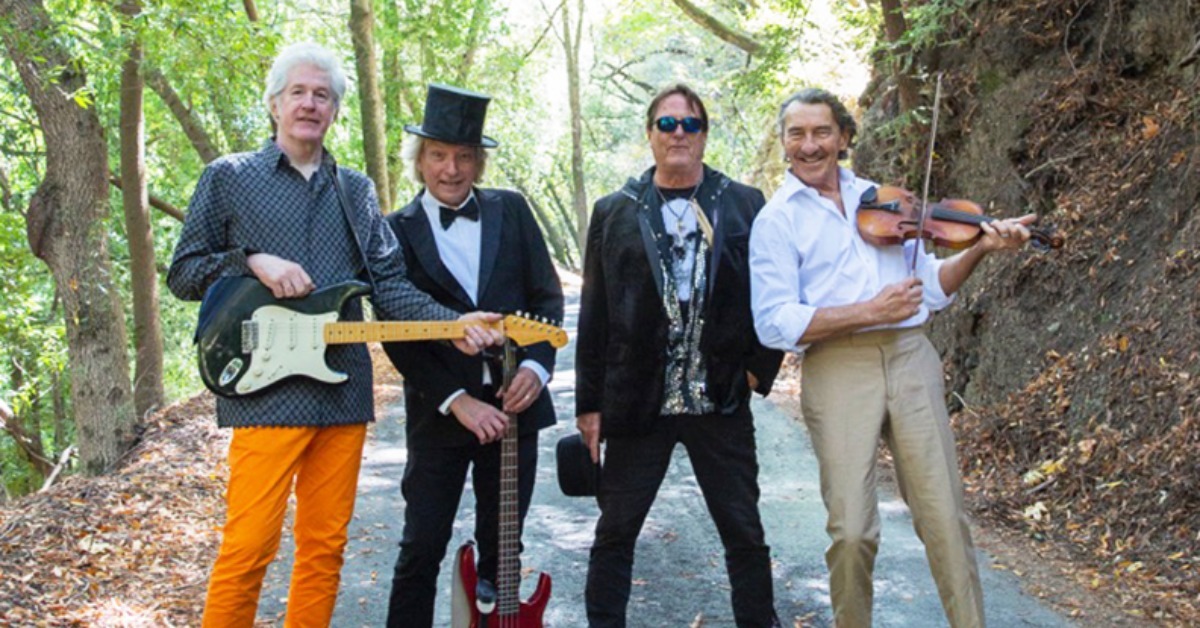 The Tubes formed in 1972 in San Francisco from two bands that moved there from Phoenix, The Beans along with the Red, White and Blues Band. While musically influenced by groups like Frank Zappa and Captain Beefheart, who actually recorded a song with the group on their third album, their theatrical satire was evident from the very beginning. All these years later, The Tubes still consists of, original members, the irrepressible front man Fee Waybill, world-class drummer Prairie Prince, virtuoso guitarist Roger Steen and oh-so-steady bassist Rick Gator Anderson, and continue to delight fans across the country and around the world with their iconic live shows.

Led by singer Fee Waybill – known for his classic characters, including the glam-rocking, stackheeled Quay Lewd, the dangerous Mr. Hate or the gnarly punk parody Johnny Bugger – The Tubes released five albums on A&M Records, starting with the Al Kooper-produced self-titled debut in 1975, which included “White Punks on Dope,” dubbed an absurd anthem of wretched excess” later covered by Motley Crue, German chanteuse Nina Hagen and most recently the Joe Elliot led Down-n-Outs, as well as set staple, “Mondo Bondage.” “What Do You Want from Life?” was yet another signature song for the band, a prescient satire of consumerism and celebrity culture that calls out Bob Dylan and Randy Mantooth along with “a herd of Winnebagos, we’re givin’ em away”. With the help of Kenny Ortega, they mounted the stage show for which they’re still known, using videos as part of the presentation long before MTV was born.

After Young & Rich (1976), produced by Ken Scott (of Beatles fame) highlighted by the salacious “Don’t Touch Me There,” The Tubes released Now (1977), the live What Do You Want From Live (1978) and the concept album Remote Control (1979) their final album for A&M before leaving for Capitol Records. Their new label teamed them up with producer David Foster for the group’s most commercially successful (and radio-friendly) release to that point, with two hit singles in the power ballad, “Don’t Want to Wait Anymore” (their first to land in the Top 40 on Billboard’s Hot 100 chart) and the now classic Top 10 Rock radio anthem, “Talk to Ya Later,” a collaboration between Fee, Foster and Toto guitarist Steve Lukather that was #1 in 17 countries. “David had just produced Earth, Wind & Fire’s Boogie Wonderland, and we loved that album,” said Fee about the approach on the very funk-flavored The Completion Backward Principle (1981), which also includes the beach party set piece, “Sushi Girl,” and the Steely Dan-ish “Attack of the Fifty Foot Woman”. Foster then produced the next album, Outside Inside (1983), with the chart topping “She’s a Beauty”.

The Tubes, for the first time ever, have been on tour performing The Completion Backward Principle live from start to finish, and now the album has been re-released on 180-gram audiophile blue vinyl. “The whole satire of the corporate business world and its double-speak is very timely right now with the current President,” says Waybill about the album’s relevance. “The album’s theme – that imagination creates reality – still resonates today. It’s as appropriate now as it was back then, although we were parodying corporate rock, today it has to do with the same absurdities in politics. We’re even wearing gray flannel suits again.” The original concept was a take off on a spoken-word vinyl record of the same name, touting the art of a particular sales technique, the group discovered in a San Francisco record bin. Waybill delivers some quasi-presidential-like speeches – dubbed Tube Talks -- in his live performances. In addition to playing the complete Completion, The Tubes’ current tour set list includes such classics as “White Punks on Dope”, “Mondo Bondage”, “What Do You Want from Life”, “Out of the Business”, “I Want It All Now” and “She’s a Beauty”. Fee enthuses, “It’s so great that people still love our music and sing along at shows. The best part is, we’re a way better band today than we ever were.”

More About This Show

The Completion Backward Principle performing the entire album in its original form plus many more classic Tubes songs.