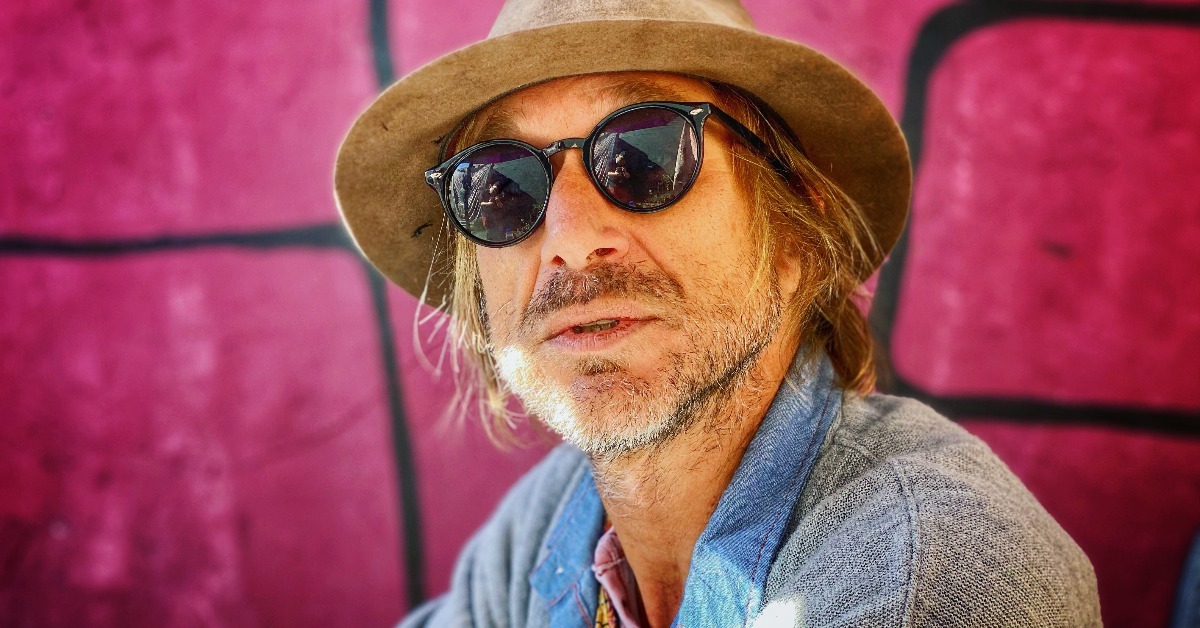 Doors: 7:00 PM / Show: 8:00 PM
18 & Over
Park West
Buy Tickets
$35.00
18 & Over
Nov 5, 2021
Buy Tickets
You don't often hear about an artist reinventing their sound eighteen albums into a celebrated career. But for Todd Snider, his latest release, First Agnostic Church of Hope and Wonder, isn't so much a sudden change in direction as an arrival after years of searching.

“After my last album Agnostic Hymns, I felt like I was out of ideas and I just didn't know where to go next,” Snider says. “So I did a side project with the Hard Working Americans, and I learned a ton. I tried to study music by other people, and come to this record hoping that I'd have something new to say. I wanted to do what I was calling 'funk in back and busking up front, with White Album-y shit scattered about.' I had done a lot of listening to Parliament and James Brown and lots of reggae music, too. It's embarrassing to admit, but I've been trying to think of this sound all my life. This is the closest I've come to thinking, 'Man, I don't know that I've heard anything like this before.'”

Especially within the often too-purist context of Americana, the record's sound is refreshingly experimental. More funk than folk, more Sly Stone than singer-songwriter, it's fatback-style grooves, full of ghost notes and disparate syncopated elements, slither and slide around Snider's acoustic guitar with caduceus-like precision. The arrangements are given extra texture and atmosphere by ace mixer/multi-instrumentalist Tchad Blake (Tom Waits, Elvis Costello). On songs like “Never Let A Day Go By,” “Stoner Yodel Number One” and “The Get Together,” there is a taut, dry snap, an intimacy that invites you inside and best of all, opens up space for Snider's husky voice and thought-provoking lyrics to breathe and connect. It's music that makes you move, smile and think all at once.

“My main collaborator on all the grooves was Robbie Crowell,” Snider says. “He'd played one show with [my band] the Bulldogs, and he and I started hanging and listening to funk songs. He gave me an education on drummers. Most of the time, I started with a basic kick and snare pattern, and I'd sing. Then he would add more groove, and I'd chisel more melody out of that. Robbie knew that I wanted to do something idiosyncratic, without any reference to other records. So a snare might not go with the kick drum, in a logical way. We were trying to get drum sounds and grooves that made their own kind of sense. We'd build it up, add parts, tear it apart, build it back up. The songs went through a lot of different incarnations. But we had so much fun trying to find the grooves.”

Since debuting in 1994, Snider has gone through his own incarnations. His first single “Talking Seattle Blues” was a head fake that might've pointed to goofy novelty songs. But he quickly showed that his artistic quiver was much deeper and more interesting. A storyteller who works a similar creative soil to John Prine and Shel Silverstein, Snider's best songs are both sad and funny, political and entertaining, and always written with a poet's eye and a stand-up comedian's sensibility about the follies of human condition. While he's made eighteen fine albums, it's on stage where Snider is even more potent, with between-song banter that weaves subtle emotional threads through his sets. A road dog who loves the road, Snider has toured with Emmylou Harris, John Prine, Jimmy Buffett, and appeared at festivals like Farm Aid, Newport Folk Fest, Lockn’ and Hardly Strictly Bluegrass Festival.

“I miss banging around America like it's my yard,” Snider says of the lost, last year. “I like to play for people. Staying home, I gardened, I got a boat, I played guitar a lot. But then I usually don't make up ten songs in one year, so that's one good thing about the pandemic.”

The other key framing device for the new songs is the album's colorful title. “If the gods of folk didn't want no funk, they shouldn't have started none,” Snider says with a chuckle. “2020 was a terrible year, and it kept taking people that I loved. So I kept feeling funky, and the church idea came out of that. I've always had the First Agnostic Church of Hope and Wonder in mind. Aren't we always hoping for something and wondering 'What the fuck?' We hope there's a God. We wonder if there is. We hope you're coming. We wonder if you will.”

“I started realizing because I had this church, in my mind, that I could make up different kinds of songs,” he continues. “I don't usually like bossy kinds of songs, where someone tells you to breathe. Me and Neal Casal used to say, 'I don't have to know when to fold 'em. I don't have to live like I'm dying.' I'm always telling the radio when I'm listening to it, 'No, I don't!' But this is a reverend thing. I have a reverend license. I married Jason Isbell and Amanda Shires, and my tour manager and his wife. So it just felt like this natural thing for it to be on Sunday mornings where I can do like these pseudo-sermons.”

He playfully undermines typical sermon themes like faith can move mountains - on “Turn Me Loose (I'll Never Be the Same”), he reckons “Mountains can get around just fine on their own - and finding meaning on mystical sojourns - “Oh, shit, I quit my job,” the truth seeker on “The Get Together” realizes in a panic.

“The record is the story of a preacher who starts this church that is total bullshit,” Todd says. “People start giving him money anyway, but then they start asking him questions. So then he prays to God and God helps him. But the moral of the story is that God's hilarious.”

Like all preachers, Snider manipulates language, riffling and sleight-of-handing it like a deck of cards. “I love lyrics, but I don't think the alphabet is this magic thing that I thought it used to be,” he says. “Mostly, I think the alphabet was a bad idea. I know, because I use it. It's a shell game. It feels okay to use this jive language thing that I've been learning over the years on the Sunday shows. There are ways to not say stuff. You can go for a great long chunks of time without saying anything. Politicians do it all the time. I've been getting into that. I still like making up lyrics. I don't know that I think there's anything to say.”

Amidst the groovier, more playful songs are two somber centerpieces that have much to say about mortality - “Sail On, My Friend” and “Handsome John” - the latter a gorgeous tribute to John Prine. Nobody was as important to Snider as a friend and mentor.

Snider says. “I started singing that song about him almost right after he died. Nobody had ever been kinder to me, more vulnerable with me. He'd take the time to sit down and generously explain something that he believed was not serving you. I was young when I met John, so I'm embarrassed to tell you that the lecture that I got from him was a painful one, but it saved my life. It changed my songs completely. I remember I was withdrawing on a plane, and he said, 'You're doing this wrong.' And I had seventeen songs, and he was the only who'd heard them, and he said, 'You've got two songs here.' And I said, 'What about the others? And he said, 'Yeah, let's talk about those.' Those conversations changed everything about the way I approached my life. People don't want to tell everybody what the therapist said, so I'll leave it there. But very compassionately, he said, 'Here's why you're not happy.' Of all the people I know who wrote songs and sang, he was the happiest and the one who'd most dialed the troubadour life in and made peace with it. I loved him.”

It feels appropriate that with his latest album, Snider may play a similar inspirational role for the parishioners in his church. “I'd like it to feel like a drum circle or a revival for listeners. I'd like it to feel like a hippie summer, where you take acid and listen to the songs by a beautiful lake. There's a thing called effervescence - that feeling that you're present, alive. I'd like for people to have a moment with this record. I think about records that will come into my life and they'll help put a little more salt on the moment. That's what I'm going for. But then, who knows if anyone will like the record. I dig it. I know it's a cliché for people to say, 'This is how I've been meaning to sound forever.' But I swear, that's how it feels.”