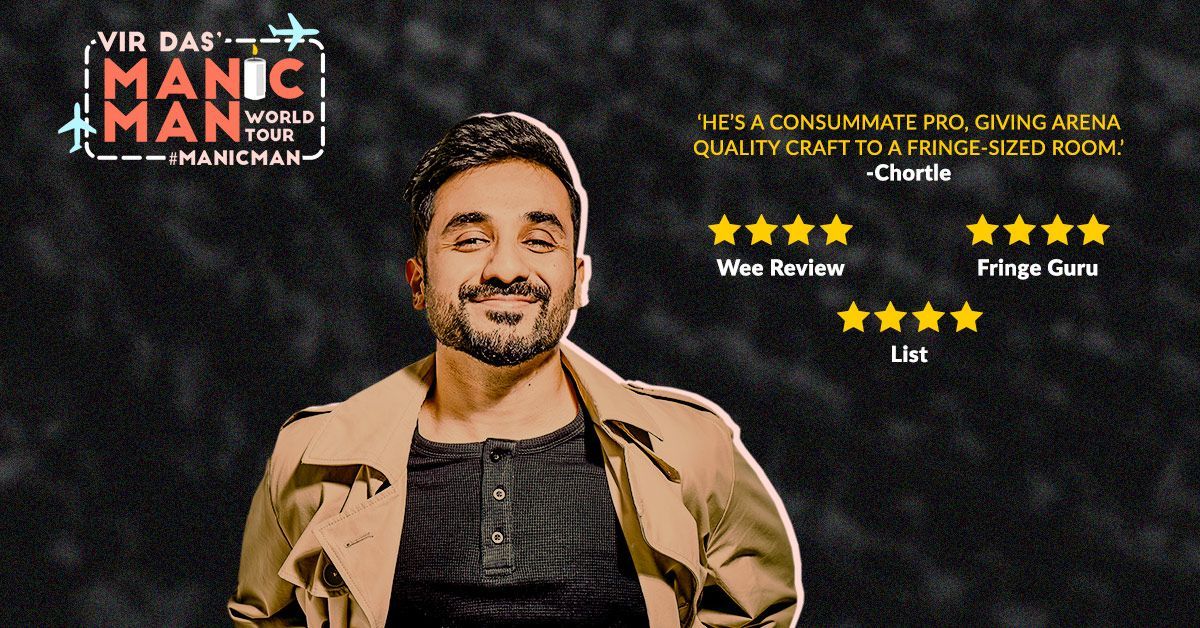 Manic Man World Tour
Doors: 6:00 PM / Show: 7:00 PM
All Ages
Park West
Buy Tickets
All Ages
Mar 19, 2022
Buy Tickets
As India’s biggest stand-up comedian and a Bollywood star, Vir Das has now crossed over to become a global comedy sensation, filling an international vacancy for an authentic Indian perspective and being hailed by Variety magazine as a “Top 10 Comic To Watch.” Vir will next be seen in the Judd Apatow film for Netflix Vir was the first comedian from India to have a stand-up special on Netflix, which since resulted in a multi-special deal with the platform for them to be the exclusive distributor of his stand-up. Since then, Vir has written and produced four Netflix specials in five years. The most recent one, Outside In, was shot entirely in quarantine with audience members virtually attending from around the world, and he just received an international Emmy nomination for the special before that, For India. Outside of his Bollywood films, Vir starred as an actor in the ABC spy dramedy Whiskey Cavalier, the Randall Park and and Constance Wu starring sitcom Fresh Off the Boat, and the Netflix series Hasmokh, which Vir created and executive produced.

Vir climbed the ranks of the Bollywood elite in various films to become a leading man with impenetrable comedic chops. Through his various tours, he has sold over half a million tickets as a stand up and became the biggest English speaking comedian in India. He has cemented himself as one of the country’s top stand-ups, actors, writers, musicians, and festival producers, and is now making a global impact.

Vir has traversed the globe on his various stand-up tours, performing on on six continents, including sold-out runs in Australia and at London’s prestigious Soho Theatre. He has also been featured at the Edinburgh Fringe Festival as well as the Montreal Just For Laughs comedy festival and has made multiple television appearances on Conan.