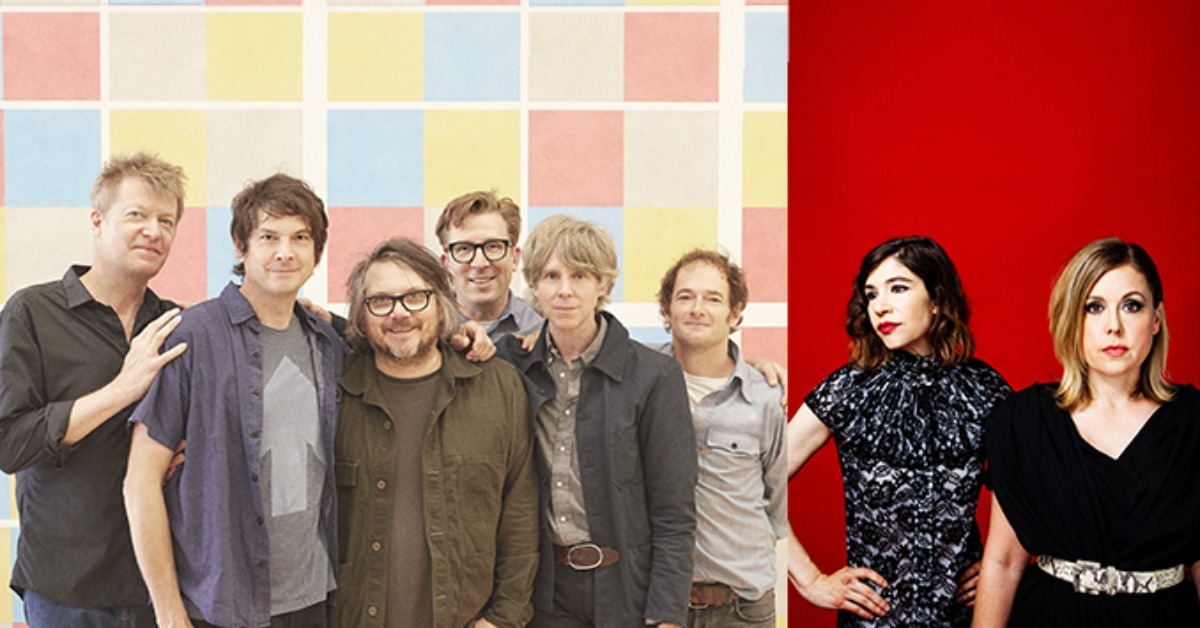 Doors: 4:30 PM / Show: 6:00 PM
All Ages
Jay Pritzker Pavilion
Buy Tickets
$45.00 - $89.50
All Ages
Aug 28, 2021
Buy Tickets
Throughout the past two-plus decades Wilco has won multiple Grammy Awards, released 11 studio albums, as well as a trio of albums with Billy Bragg penning music to lyrics by Woody Guthrie. They have founded their own record label (dBpm Records) and festival (Solid Sound). This year saw them curating Sky Blue Sky, a destination concert experience in Mexico, for the first time. The Chicago sextet continues to be regarded as a live powerhouse, as described by NPR “To see Wilco on stage is to hear the best of the best.” The band’s newest album, Ode To Joy, was released fall 2019.

Gates open at 4:30 PM; showtime is 6:00 PM. The concert takes place rain or shine. Children 2 and under admitted free when accompanied by a parent or guardian for the lawn only.

If you require Accessible Seating, you may purchase tickets through the “Buy Tickets” link above, then select “Accessible Seating”, or click here. Please plan to enter the park from Randolph Street (north) or Monroe Street (south). The Michigan Avenue entrances to the park will have stairs. For more information on the Park check out Millennium Park’s website here.

All bags and containers are subject to search. Prohibited items that are discovered during inspections at venue entrances must either be returned to the owner’s vehicle or will be discarded. The venue will not provide a storage area for these items.

PROHIBITED ITEMS
(Including but not limited to)

Any item deemed dangerous is at security’s discretion to disallow. Prohibited items are subject to change. Failure to comply with the above may result in entry being denied. The venue does not provide storage for disallowed items.

How to Get There

Millennium Park is located in the heart of downtown Chicago. It is bordered by Michigan Avenue to the west, Columbus Drive to the east, Randolph Street to the North, and Monroe Street to the South. View a Google Map of Millennium Park and to chart directions from your location.

From the Suburbs
Metra, the premier commuter rail system, makes traveling to and from downtown Chicago and its surrounding areas easy and convenient with four downtown stations. If arriving downtown via Union Station (Canal Street, between Adams and Jackson Boulevard), take CTA’s #151 bus directly to Millennium Park. The Randolph Street Station exits directly on Michigan Avenue across from the park, the Ogilvie Transportation Center (Madison and Canal Streets) is quickly accessible to the park by CTA’s #20 or #56 bus, and the LaSalle Street Station (Congress and LaSalle Streets) is accessible to the park by CTA’s #147 and #151 bus.

• FROM THE EAST
If traveling from the East on the Indiana Toll Road (Interstate 90), take the Chicago Skyway to the Stony Island exit, follow Highway 41 (Lake Shore Drive) to downtown Chicago, exit at Monroe Street and drive west to Michigan Avenue. If coming in from the East on Interstate 90/94, continue on the Dan Ryan Expressway, exit at Congress Parkway, drive east to Michigan Avenue and then north to Monroe Street.

• FROM THE WEST
If traveling from the West on the Eisenhower Expressway (Interstate 290), which becomes Congress Parkway, drive east to Michigan Avenue, and then turn north (left) to Monroe Street.

Public Parking
Convenient, 24-hour parking is located in the Millennium Park, Grant Park North, Grant Park South and East Monroe Garages. For parking rates and other information or call 312-616-0600. The Garages are easily accessed from various points throughout the loop. Directions to the Parking Garages.
If you have any questions or concerns contact us at [email protected]